The sport of golf has long been in the cliché drawer. It used to be more of a sport for the rich and elderly, but today golf has arrived in the broader strata of society and is no longer only open to the elite but to all interested parties. 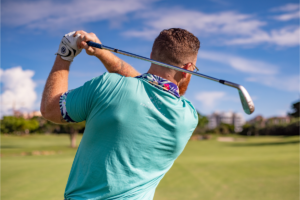 Golf – World Sport from the Island

The roots of golf lie largely in the dark. One thing is certain: The game is very old. Centuries ago, early forms of golf were practised in various countries worldwide, from Belgium to Japan. Of these archetypes, only the Scottish variant has survived to this day. Thus, golf is by definition a very Scottish or British affair. All the countries beyond the island were not made until the 19th and 20th centuries infected by the Scots and Brits’ enthusiasm for golf – especially in the course of the expansion of the British Empire at the time.

The British Empire was later history, but the British way of life, with golf as an important part, had found a new and permanent home in many countries worldwide. The fact that the best golfers in the world, such as Tiger Woods (USA), Martin Kaymer (Düsseldorf), Adam Scott (AUS) and Charl Schwartzel (ZAF), come from all corners of the world is impressive evidence of the worldwide triumph of the game of the little white ball.

Without wanting to dispute the Scottish laurels for inventing their national sport: The basic idea of ​​the game of golf is quite obvious. The aim is to play a small ball with as few strokes as possible into a hole 100 or more meters away. A detailed accompanying set of rules extends around this simple basic principle. In 1744 these rules were first written down by the Gentlemen Golfers of Leith near Edinburgh. The modern golf rules are based on the Royal & Ancient Golf Club of St. Andrews (R&A), which was founded in 1754 and are still published jointly by R&A and the American golf organization USGA.

Nevertheless, you shouldn’t take golf too seriously because there is more to it than your handicap. ” Golf and sex are the only things that make having fun, even if you are not good,” is the amusing yet comforting wisdom of three-time PGA Masters winner Jimmy Demaret.

Golf has always been suspected of being an elite. Golf used to require a not inconsiderable investment of capital, as the operation. Also, the maintenance of golf courses was very expensive and had to be passed on to the annual fees of the few club members. Even the already expensive golf equipment came almost exclusively from England at the time, so it had to be imported for a lot of money.

Today numerous public golf courses throughout Germany are operated by service companies. Therefore, they are open to all those interested in golf for taster courses or the occasional game of golf. The necessary equipment can now also be purchased in every sports shop at more moderate prices. It is still binding today, however, that the license to play (PR) or license to play (PE) is a mandatory requirement for the use of a “real” golf course. If someone has talent, it can be acquired within a few days in so-called PE courses.

No Penalties for Disregarding Etiquette

A golf course teaches the most important basics of the sport and general golf etiquette. This includes the maintenance of general safety, consideration for other players, protection of the pitch, respect for nature, and regulates all privileges. However, what is remarkable about golf etiquette is that there are no penalties if they are not respected. This is exactly what etiquette is supposed to call and reinforce in the mind of golfers.

First, learn the basic binding rules and only then hit the slopes. A basic principle that definitely predestines golf as a gentleman sport and could also be used in other areas of life.