What is an advertising agency?

Advertising agencies are involved in the promotion of products on several levels. First, they have an influence on advertisements by buying and distributing advertisements to the media as well. They provide advertisements for different channels and play a significant role in promoting other products and services like websites, print publications, electronic publication, and other promotional activities. 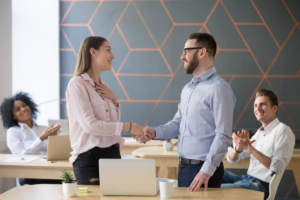 A media advertising agency is an organization that specializes in various forms of marketing, including branding and advertising, for business. Large corporations with a significant budget often hire these agencies to promote their brands or products. Media advertisements can be seen on TV, online through social media platforms like Facebook and YouTube, or printed in newspapers and magazines.

In the advertising agency that they deal with every time, they use all aspects that aid marketing and advertising campaigns. Their main goal in marketing is to promote their client’s products and services.

– The advertisement agencies provide a more convenient and effective means of promoting a brand’s products and services.

– Agencies are often more effective than smaller marketing firms because they have the resources and experience for larger projects.

How to Choose an Advertising Agencies for Business Promotions?

Media advertising agencies play a vital role in the promotion of businesses. They help to create campaigns that are designed to draw attention and bring clients from other companies as well as new customers. Advertising agencies also have specialist knowledge that helps with choosing where an advertisement should be placed for maximum exposure, which is important information for any business owner or manager. So how does one choose between various media advertising agencies?

First, it’s important to know what you want your campaign to do – there may not be one answer because different ads can target different markets at once; some advertise general products like shampoo while others focus on more niche areas such as reducing cholesterol if there’s a specific medical condition involved.

Next, find out about the size of each agency seeing as this will affect the price and also how many staff there are to work on your campaign.

Last, it’s important to look at each agency’s portfolio and see what they have done before so that you can get an idea of their expertise in certain areas; for example if you wanted a pharmaceutical advertisement then knowing that an agency has previously worked with Pfizer or GlaxoSmithKline would be helpful.

Finally, review prices – sometimes agencies charge by project rather than monthly fees which could help reduce some costs depending on budget needs.